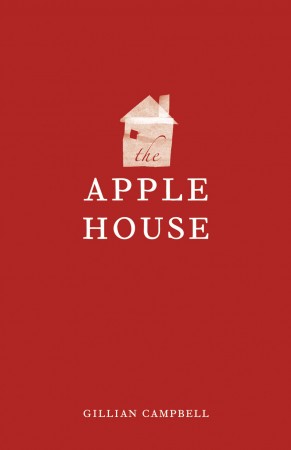 “The Apple House is a novel rich with vivid detail: shoes, artificial legs, and old houses. Gillian Campbell weaves the story of Imogene as an adult, an Anglophone who has forgotten her French, together with Imo, as a child, running free.  Played out across a beautifully evoked landscape, the suburbs of the West Island of Montreal become layered with memory in this compelling book.” ~ Kate Pullinger

From your local bookstore  or online

Posted in Writing | Leave a comment
Posted on August 1, 2012 by gillian

Stephen WILLIAMS grew up in an orphanage and longed to be adopted like his friend and fellow orphan, Thomas. In The Apple House Mr. Williams is portrayed as a petty thief who stole from his foster family and corrupted his foster brother. A few months ago after a long, some say enforced silence, he came forward to set the record straight.

The interview took place on a Sunday morning in the workroom of Laviolette & fils, the historic shoe shop in St Ange du Lac. To mark the occasion, Mr. Williams, who still answers to his childhood nickname, Swen, sported oxblood wingtips along with his trademark pink shirt and white jeans. The interviewer unearthed a pair of bedraggled green sandals for the occasion. Petey Jackson caught a fragment of the conversation on an old tape recorder which unfortunately broke down before the interview ended.

Swen:             All my life, I had a raw deal but I made the best of it. You do what you have to do. I never corrupted anyone. I never stole a dime in my life. These shoes I’m wearing, I bought them with my own money and I can tell you they weren’t cheap. This place was my home. I slept right here in the backroom. Thomas and me, we ran the place together. We were like brothers. And then along comes that snooty English chic and tries to cut me out. When Thomas died, that was the worst day of my life.

Swen:             She fell apart, that’s what happened. I tried to help her out for Thomas’s sake. I should have known she was too screwed up to give me a chance.

Unfortunately the tape ends here but you can read the book.

A conversation with Louise C

Louise: What prompted you to write the Apple House?

Gillian: Growing up in Quebec in the fifties and sixties, I was aware of two major divides in the cultural landscape, religion and language. Religion was something one was born to. Babies were issued baptismal certificates, not birth certificates. School Boards were either Catholic or Protestant and taxes were directed to one or the other. Religion was immutable but language was another matter. Hardly anyone I knew spoke French but lots of French people spoke English. That was the norm but as a child it made me uneasy. I wondered why. What would it be like to be French? I left Quebec in my early twenties but the question stayed with me. I suppose the novel was an attempt to imagine the answer to that question. It was an exploration really.

Louise: What did you discover?

Gillian: Well it’s an impossible question, of course, almost like asking what it’s like to be human. There isn‘t a simple answer. It’s different for everyone, that’s what I discovered. It all depends who you are and what has happened to you. The Apple House is the story of what happened to Imogene Jackson.

Louise: St. Ange du Lac is a little bit like the village where I grew up. Is it a real place?

Gillian: It’s real to me but you won’t find it on the map.

Louise: There was an English girl, I remember, with really big feet. She came to the village school for a while. Wasn’t that you?

Gillian: The landscape I’ve described arose from childhood memories but the characters and the events are all fictional.

Gillian: Well, except for you of course!